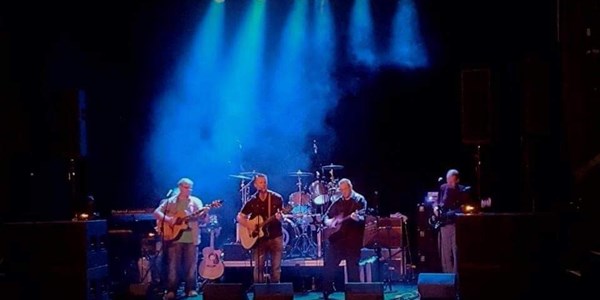 Cateran are from North Lanarkshire and have been together for 6 years. Band members are Bill Hughes, Wullie Allan, John Fitzgerald, Jack Fay, Willie McKeown and Michael Canavan.

They recently played the Fort Theatre in Bishopbriggs and The Moira Furnace festival in Burton on Trent.

Cateran appeared and were interviewed twice on Celtic Music Radio after releasing their CD 'Southerness'. All songs were written by Bill Hughes guitarist and vocalist. Their music was played on BBC radio Scotland’s Ian Anderson show.

Cateran will also be playing the Slainte Festival at Loch Lomond in October.

Cove are looking forward to welcoming them in for a great night and anticipate an evening of Acoustic, American, Country Folk and Original Music.

Contact Hillary to reserve your tickets, collect and pay at the door on the night cash only please.