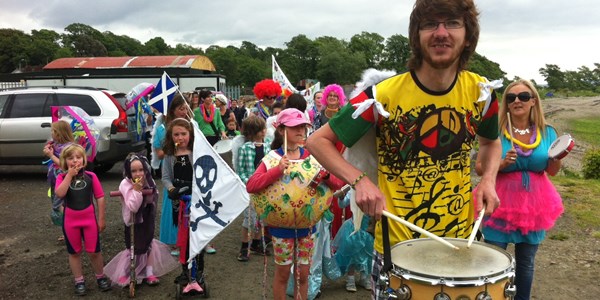 From 12 noon, there will be the usual cafe in the Hall to feed the hungry walkers, prizes for the best costumes in the parade, plus a performance and workshop from children's entertainer Daffy Dill starting 1pm.