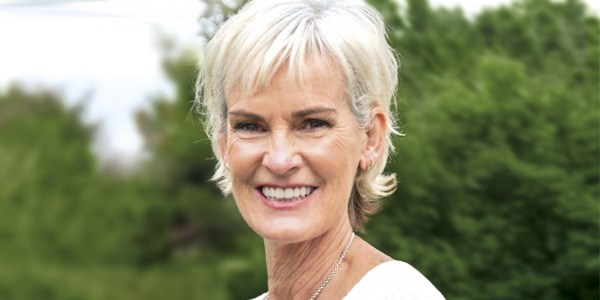 As mother to tennis champions Jamie and Andy Murray, Scottish National Coach, coach of the Fed Cup, and general all-round can-do woman of wonder, Judy Murray is the ultimate role model for believing in yourself and reaching out to ambition. As a parent, coach, leader, she is an inspiration who has revolutionised British tennis.

Come see her and hear what she has to say at a special lunch time event on Sunday 29th April in Cove Burgh Hall. She'll be talking about her book - Knowing the Score: My Family and Our Tennis Story. The book gives a frank glimpse of the days when Jamie and Andy were growing up and their mum became the national tennis coach in Scotland with a budget so stretched that she had to tumble dry the tennis balls to fluff them up for the next practise session. It also reveals why Andy felt he had to go to Spain to build his game and why Jamie turned down a scholarship to America. And how the tennis establishment didn't take women coaches seriously, especially the bolshie Scottish variety.

All this and more in a lively session chaired by Ruth Wishart. Bookings are now open. Book here and ensure your place.