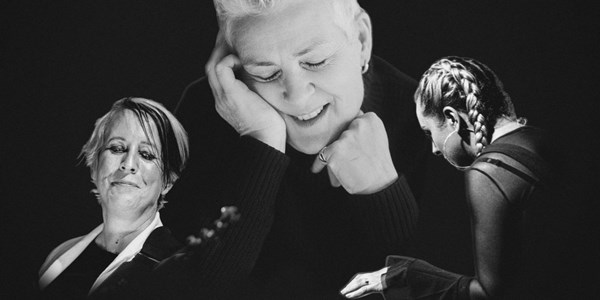 The classic, ‘The Same Sky’, the first Horse album, was released in 1990. This began an incredible career which continues to this day -the iconic voice as strong as ever.

The actual 30th anniversary of the album was of course last year but all UK tour dates have now moved 3 - 4 times because of COVID. This tour is now rescheduled to Spring 2022. In the interim she has prepared a special ‘trio’ show. In this she will focus on the songs from ‘The Same Sky’ as well as a selection from the rest of her back catalogue. The songs from ‘The Same Sky’ are a big part of people’s lives and hopefully this set will go some way to bringing many memories back.

Horse has had the honour of having her portrait painted by London based artist, Roxana Halls. This has been acquired for the nation and is currently hanging in the Great Hall of The National Portrait Gallery of Scotland.

She is accompanied by Gemma Roberts on piano and Lorna Thomas on bass, both also singing.

Horse is currently working on her next studio album.

This event has been kindly supported by a Supported Programme Bursary from
The Touring Network.