A damn good night at the theatre 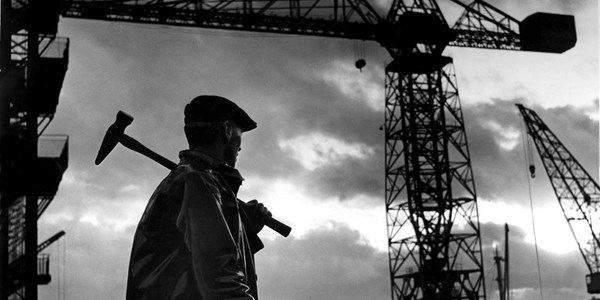 A funny and touching play, with humour and shocking frankness, Fibres, coming to Cove Burgh Hall this Saturday (19th October), tells the story of the terrible legacy of asbestosis in the Clyde shipyards and a daughter’s attempt to overcome her grief. Despite the tragedy of mesothelioma, playwright Frances Poet successfully weaves humour into the dark subject matter to give audiences what she describes as 'a damn good night at the theatre'.

Fibres is co-produced by the award-winning Scottish theatre company - Stellar Quines - and  Glasgow's Citizens Theatre. The play is a new commission from Frances Poet writer of Gut (Traverse 2018) and the Fringe First Award winning Adam (NTS & Traverse Theatre 2017). The director is Jemima Levick and the cast of four includes much loved actor Jonathan Watson (Only An Excuse, Two Doors Down, Rab C Nesbitt) and Maureen Carr (‘ugly sister’ Edith in Still Game and baddie Theresa O’Hara in River City).

The play is produced with support from Action on Asbestos, a charity established in 1984 by men who had been diagnosed with an asbestos disease. The purpose of setting up this charity was to help others with this condition by providing practical advice and support.

Starting at Cove Burgh Hall, Fibres will tour community halls and centres throughout the greater Glasgow area and beyond.