The New Year got away to a flying start with the Hogmanay Ball at Cove Burgh Hall, ushered in with a glass of bubbly at The Bells, air kisses all round, and the unique and wonderful sound of this year’s band - Papa Shandy and the Drams.

No sooner had we recovered from the night of revelry than club and societies were resuming their regular activities in the Hall. First off was the Sunday Yoga class, the first of the four offered by Ronnie Ferguson  every week. Then there was a meaty scientific talk from Neil Isaacs at the evening meeting of the Literary Society, the first for 2020. The weekly talks, which are always interesting and cover a vast range of topics, go through until March. 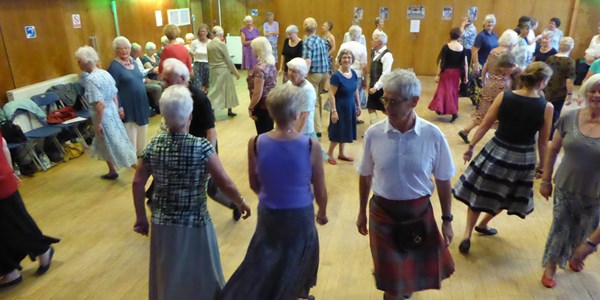 Dance Scottish, under the expert guidance of Helen and Roy Bain, regularly attracts a committed band of enthusiasts every Tuesday morning. The class keeps young and old on their toes, both mentally and physically, and is a great recommended activity.

Not forgetting the very young, there are two Toddlers Play sessions every week, and at the other end of the age spectrum, the Lunch Club for senior citizens on a Wednesday.

More dancing with the Ballroom Dancing class on a Wednesday evening. You can see the benefits of this class at any dance event in the Hall as members of this dedicated band (class veterans of up to ten years) show us how it’s done.

Artistic interests are also catered for with the Art Club and Textile Crafts Thursday and Friday mornings. Occasionally the works of club members will be exhibited or offered for sale at local events. 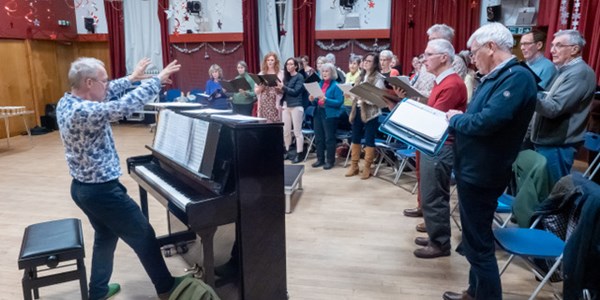 Resuming Friday night rehearsals later in January is the Peninsula Choir under the direction of Stephen Adam. Stephen is retiring from the Choir at the end of this term after initiating it, together with Duncan Williams, ten years ago. The final concert is on April 18th. A concert is always exciting for choir members, but this one will be tinged with sadness as it will also be a farewell to Stephen.

Some of the regular activities in the Hall happen every month rather than every week. So we have the Film Society cinema showings on the second Thursday of each month plus Saturday afternoon childrens’ films (next up - The Lion King on the 18th Jan.), the ‘Rural’ (SWRI) on the first Wednesday, the Amenity Society coffee mornings on the last Friday. Plus there are clubs which use the Hall for committee meetings and other closed events. And twice a year there is the Cove Burgh Hall Quiz Night which is a great favourite if you like a mental challenge. 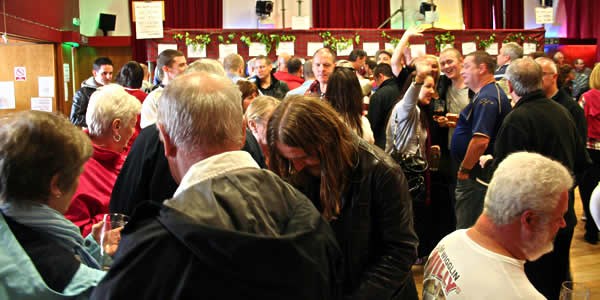 Some of the most popular events in the Hall are annual occurrences - the Cove and Kilcreggan Book Festival in November, the Real Ale Festival in September, Sea Change Festival in June, and the RNLI’s annual Summer Fete in August.

And there are one-off events put on as fundraisers for specific causes such as the recent sellout Bollywood themed night for the Bowling Club.

Live@CBH is the entertainment arm of the Cove Burgh Hall operation, running one-off events throughout the year. These include theatre, music, comedy, etc. Tickets can be bought online. Next up is Ziggy - the ultimate David Bowie tribute on February 8th which should be a night of nostalgia for all those Bowie fans out there.

This year, for the first time, the Hall threw open its doors for an Open Day. Details of the recent £210,000 restoration project were on display, along with a photo montage, as well as information about the history of the Hall and future aspirations for the building. Everyone in the community was invited to come and along and view the exhibits, chat to the directors and take an informal guided tour of the Hall. It was a way to take stock of this valuable community resource, for everyone who works to make it a success, and to show it off to people in the community who just wanted to know a bit more.