Defibrillator available at the Hall 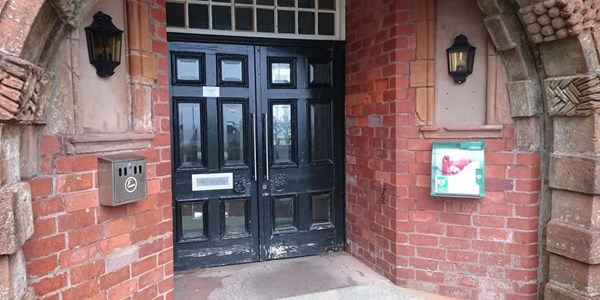 Cardio-respiratory arrest, commonly known as "sudden death ", is the main cause of death in developed countries. Automated external defibrillators (AEDs) can greatly improve the chances of a patient surviving such an attack.

Cove and Kilcreggan Community Council applied to the Scottish Ambulance Service for an AED for the local community. Their bid was successful and the first public access defibrillator on the Rosneath Peninsula is now available at Cove Burgh Hall (in the porch). The Community Council are handing over the AED to the Community First Responders team who will maintain it. Cove Burgh Hall is providing the power supply for the defibrillator.

The clearly accessible cabinet at Cove Burgh Hall is temperature-controlled and emits a flashing white light at night, with a red flashing light if it’s opened – it also contains other lifesaving equipment.